Looking over some of my previous posts, I realized I never posted a follow up to Researching Jui Jitsu training in Rio (August 2010). Oops. Here’s a much belated recap.

I mentioned my plans at my gym, Ronin Athletics, and as luck would have it one of my instructors had a connection with Murilo Bustamante, one of the founders of Brazilian Top Team . After some email exchanges I set up a private lesson schedule with one of their pro fighters, Fabiano Capoani. (Sherdog stats and pics) Essentially, I trained every morning and then went sightseeing with my wife in the afternoons. Fabiano is a great guy and really helped me drill some fundamentals in preparation for the 2010 No-Gi Pan Ams. (Third Place)

BTT is located in Lagoa (southern end) which was only a short taxi from where I was staying in Ipanema. Address is; 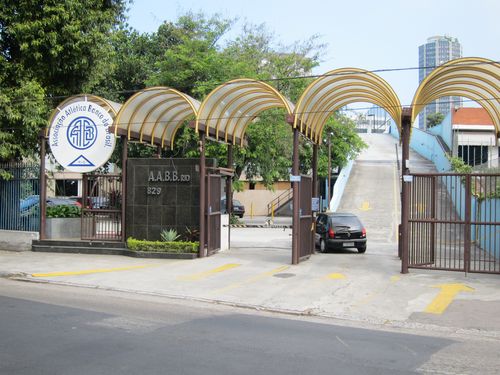 However the address isn’t really helpful because the driver won’t know the exact number. The address is actually for the AABB-Associação Atlética Banco do Brasil‎, a big sports complex/country club complete with tennis courts, swimming pools, gymnasium, showers, and a small outdoor bar (they have Gatorade). The gym is all the way in the back past the pool and tennis courts up on the second floor. I had the name with the address written on a piece of paper and would just show it to the driver so I didn’t have to fumble with the language each time. Another helpful tip is that Aveneda Borges is a big multilane highway with a wide grass divider in the middle. Depending on which direction you come from you might end up on the wrong side of the road and there’s no shoulder for the taxi to stop. There’s a gas station in the divider directly across from the entrance to the AABB so, you can have them stop there. I also used that as an additional landmark when giving directions. Here’s a Google street view so you can see for yourself.

On my first morning, just as Fabiano and I were finishing, a bunch of guys came in for the next class. I asked if I could stick around and train and they were fine with it. I didn’t realize that it was a session for their pro MMA fighters. Also since its no-Gi, no one knows I’m just a white belt (I didn’t get my blue until a few months later). So, at one point I’m about to start rolling with a guy who I find out later is Milton “Miltinho” Vieira, credited with inventing the Anaconda Choke. While we were waiting on the round clock, he asked me a few questions in English about where I was from and how I liked training in Rio. He was really nice. Buzzer sounds, we slap hands and are about to engage, when he pauses and asks what belt I have. I say, ‘White’. He thinks for a moment, shrugs his shoulders and says, ‘OK.’, and then proceeds to run his game all over me. It was like being attacked by ninja ghosts. He had a very open standing game and would engage, disengage, attack, spin until I had no idea where he was coming from at any given moment. At one point, I managed (or he allowed me to) get him in X-guard. I’m stretching him out waiting for him to fall forward or backward to complete the sweep. Nothing. I look for his hands and they’re not on the mat. I start pushing up to get him off balance and then I realize his feet aren’t on the mat. And for a split second I recall thinking, “Is this dude floating in mid-air?”, right before he somehow reappeared on my back.

There was this really big guy in the class that I completely avoided. When I got back to New York, a caught a promo for the UFC’s Fight Night the next day and thought, “Wait. That’s the guy.” It was Rousimar Palhares prepping for his fight with Marquardt. I’m glad I trusted my gut/instincts for self-preservation.

In all, it was a great experience. I can’t recommend it enough. Pics to follow. 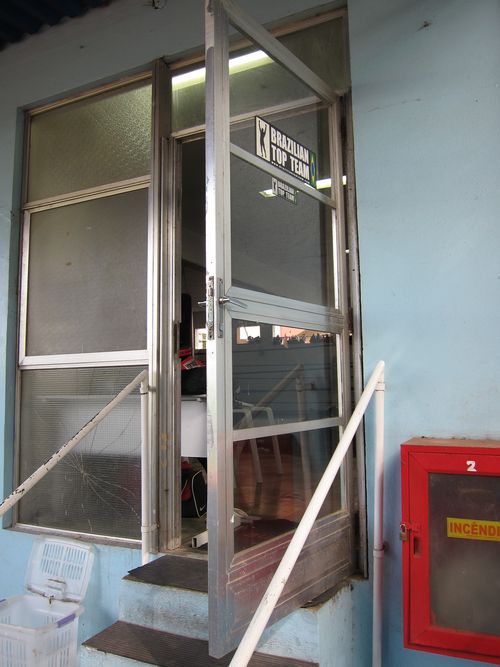 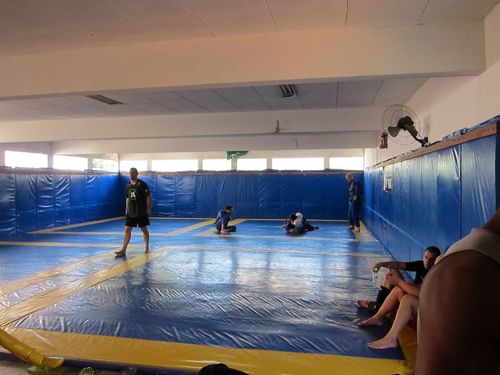